I had someone ask me the other day if enough people prayed for someone who isn’t a Christian, that a loving God would overlook that person’s lack of faith and allow him or her into heaven.

It’s a tough question and one that, undoubtedly, all Christians face when confronted with unbelieving parents, children, spouses and friends.

Unfortunately, the answer is “no.” Faith in God is a personal decision that can only be made by an individual.

John 1:12 specifically notes, “Yet to all who did receive him, to those who believed in his name, he gave the right to become children of God — children born not of natural descent, nor of human decision or a husband’s will, but born of God.”

Belief is essential. A saving grace cannot be imposed by another human’s will. A truly just God will require that a penalty be paid for sins that are committed. We either pay that penalty ourselves, or we put our faith in Jesus and accept the gift that his death on the cross paid that penalty for us.

However, the answer begs the question, when it comes to Jesus, have you heard of him, met him or do you truly know him? How you answer the question is the most critical decision you will ever make.

Have you heard of Jesus?

Everyone who has reached the age of accountability has heard of Jesus. How could they not have heard the name Jesus Christ when it is uttered as a swear word multiple times every day in conversation and on television?

I had heard of Jesus as a youngster, but thought nothing of it. Jesus mattered little to me at the time. In fact, I couldn’t wrap my head around the concept that Jesus and God were one. I thought if God came to earth in the form of Jesus, then who was minding the store in heaven?

Nobody really took the time to answer that simple question by explaining that an all-knowing, all-powerful, all-present God could be in everyplace at once. I had made the mistake of applying human attributes to the God who created humans.

Neither of my parents ever took the time to introduce me to Jesus. They may have talked about him from time to time. They certainly dragged me to irrelevant church services, but primarily out of duty and obligation. But, they never formally introduced me to Jesus.

Have you met Jesus?

Many people have met Jesus. They arrived at a point in their lives where they knew they had been corrupted by sin. They had made grievous mistakes in their lives, or found themselves over their heads in an addiction, or they knew something was missing in their lives. That’s when they met Jesus, but did they pursue a relationship?

In Mark 4, Jesus explains this in the parable of the sower.

“Listen! A farmer went out to sow his seed. As he was scattering the seed, some fell along the path, and the birds came and ate it up. Some fell on rocky places, where it did not have much soil. It sprang up quickly, because the soil was shallow. But when the sun came up, the plants were scorched, and they withered because they had no root.

“Other seed fell among thorns, which grew up and choked the plants, so that they did not bear grain. Still other seed fell on good soil. It came up, grew and produced a crop, some multiplying thirty, some sixty, some a hundred times.”

Jesus’ disciples must have thought he was teaching a class on agriculture, because they asked him later to explain what he meant. In replying, Jesus declared that specific lesson to be the most important parable in the Bible.

“Don’t you understand this parable? How then will you understand any parable?” Jesus asked. He was implying this was an essential truth to the foundation of faith. He elaborated on the point to help is inquisitive disciples.

“The farmer sows the word. Some people are like seed along the path, where the word is sown. As soon as they hear it, Satan comes and takes away the word that was sown in them. Others, like seed sown on rocky places, hear the word and at once receive it with joy. But since they have no root, they last only a short time. When trouble or persecution comes because of the word, they quickly fall away.

A very good friend of mine met Jesus about the same time I did back in the mid-1990s. In fact, I stood next to her as she very openly and tearfully confessed her sins and asked Jesus to come into her life.

But, she let the relationship end right there. She didn’t attend a church or participate in a Bible study and, to the best of my knowledge, never spends any time in worship or communication with God. She received Jesus’s gift of grace and forgiveness with great joy at the time, but let other things in her life choke out the word. It became unfruitful.

She met Jesus, but never got to know him personally. In essence, she accepted, but returned the gift.

Do you truly know Jesus?

When a person’s heart is in the right place to hear the message about Jesus, the word is sown into good soil. The person truly understands how messed up his life is and that he has no hope at all if not for a loving, forgiving savior to swoop in and rescue him.

That was me back on April 12, 1995. It was one of the lowest points in my life. My marriage was in a bad place, I didn’t have a good relationship with my daughters, I was consumed in bitterness, I was addicted to pornography, and I had no hope for a better life.

I distinctly remember thinking that I had nothing to lose and everything to gain if what I was being told was true about Jesus and his ability to forgive me of past mistakes and heal the damage I caused.

From that moment, I began a quest to find Jesus. I started attending church and hanging out with others who knew Jesus. I bought a Bible and began to read it. I started listening to Christian music and reading Christian books. I started journaling about what I was learning and any questions I had. I began to see changes in the way I thought, spoke and acted.

Today, I would say I know Jesus, but need to know him even better. I am far from perfect and Jesus still has LOTS of refining to do in my life.

There is a huge difference between:

Whether it is a spouse, child or friend, you really can’t say you know the person well if you never spend time with him or her. You need to study how that person thinks and acts, and what motivates that individual. It requires one-on-one time and conversation to truly get to know someone else.

The same is true with a relationship with Jesus.

Jesus desires a close, intimate relationship with you. He already knows everything about you – what you like, what you dislike, what you fear, what you’re hiding and what you desire. He has known about you since before you were born.

Jesus just wants you to know him, too.

It is a decision you have to make and, even if you scoffed at Jesus (like I did), made fun of Christians (like I did), and ran away from his church (like I did), he still wants a relationship with you. He’ll forgive you of those mistakes because Jesus knows that if you spend time with him, you’ll really get to know him and come to love him.

But, if you don’t make the decision to have a relationship with Jesus, you alone suffer the consequences.

In Matthew 7:21-23, Jesus speaks plainly about those consequences. “Not everyone who says to me, ‘Lord, Lord,’ will enter the kingdom of heaven, but only the one who does the will of my Father who is in heaven. Many will say to me on that day, ‘Lord, Lord, did we not prophesy in your name and in your name drive out demons and in your name perform many miracles?’ Then I will tell them plainly, ‘I never knew you. Away from me, you evildoers!’”

If you think your life is full of regret now, wait until you hear those words when the clock has run out and you don’t have time to change your mind a pursue a relationship.

If you have questions about a relationship with Jesus, feel free to email me at greg@greggerber.com. I’ll do my best to answer them or point you in the direction of those who can. 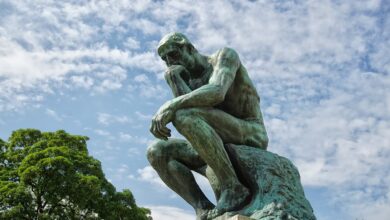 Do you have wisdom, or just knowledge? 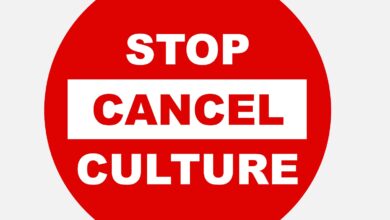 It’s time to cancel-proof our lives 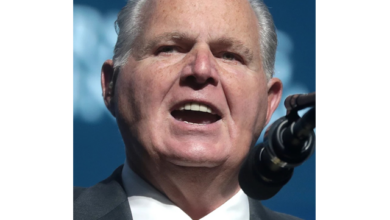 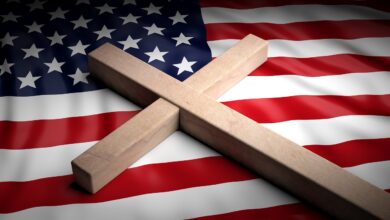 The devastating ripple effect if Christianity falls in America