In Ephesians 2, Paul reminds us that we all were dead in our sins before our eyes were opened and we were able to accept the free gift of Christ’s love and God’s forgiveness.

What does it mean to be dead in our sins? Look around. There are examples in every direction. For me:

Yet, while attending an Amway meeting in Minneapolis in early October 1984, I encountered an unexpected message of faith. Listening to it caught my attention much in the same way as someone could by smacking me on the head with a 2-by-4.

Before attending the event, I already knew deep in my heart that my life was spiraling out of control. Others tried to warn me, but I refused to listen. I couldn’t see a way out. I was incapable of saving myself. If I was to be saved, someone would have to rescue me.

So, when I was sitting in the stadium listening to speaker after speaker sharing stories of hope and changed lives, I realized my compromised condition fell way, way, way short of the mark.

The speakers offered hope and a cure for my decadent condition, and invited me to listen to a gospel message that Sunday morning.

I had attended church as a child and off and on as an adult. But, after two days of listening to these messages while alone in the crowd, my world had been rocked by a new kind of truth.

In church today, the guest pastor reminded me of my former condition.

It’s so easy for us to push memories of our former selves far out of our mind, isn’t it? We think the Christians we are today is a reflection of the way our lives had always been.

The pastor’s message reminded me of that people around us are genuinely seeking someone to love them unconditionally and offer hope for what they see as a hopeless situation.

In Luke 4:18, Jesus explained his mission — the same one he invites us to join:

“The Spirit of the Lord is on me, because he has anointed me to proclaim good news to the poor. He has sent me to proclaim freedom for the prisoners and recovery of sight for the blind, to set the oppressed free, to proclaim the year of the Lord’s favor.”

The Lord’s favor — not judgement.

However, dead people can’t raise even their hands to ask for help.

Dead people can’t convey life to others. They are joyless, soulless silhouettes. They aren’t driven to do anything. They have no purpose.

Someone has to do everything for dead people because they can’t do anything for themselves.

In John 11:43, Jesus stood in front of a grave and boldly commanded, “Lazarus, come out!” That was pretty much what Jesus did to me in Minneapolis that weekend in 1984.

My heart quickened as I took the first breaths of a new life.

When Jesus chose me and called my name, my soul quickened and I rose from my spiritual darkness.

Since then, life has not always been sunshine and roses. But, I have tremendous love for Jesus, who called my name. And I still have hope.

So, as we look around our decadent world and see blind and spiritually-dead people all around us, it is not our position to judge them.

Our stories are essentially the same as theirs, except that our sins have been forgiven and we have hope for a much better life, if not in this world, then in the next.

We don’t know when – or even if – some people will ever accept the Gospel message. All we can do is share our stories of God’s goodness with those around us. It’s not up to us to save the world. Only Christ can do that.

In 1984, many people had written me off as a hopeless cause. Yet, when this student was ready, the teacher appeared.

It wasn’t a lecture of religious rules that finally got my attention, nor was it another reminder of my sinful nature. It was only after I listened to a message of hope that I heard the shout resonating into the grave I had dug for myself, “Greg, come out!” 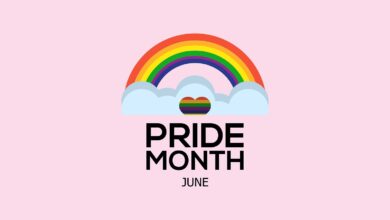 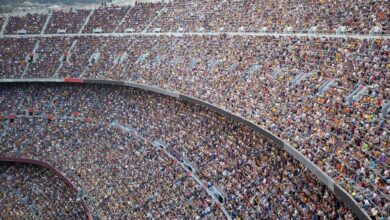