I was reading an article about how Grand Rapids First Church in Wyoming, Mich., purchased more than $1.8 million in medical debt for less than a penny on the dollar. Once acquired, the debt was forgiven.

It sounded fishy to me, especially after learning the church used just $15,000 in contributions to complete the monumental task.

However, the more I looked at the scheme, I saw how brilliantly it was designed.

The church worked with a non-profit organization called RIP Medical Debt, a charity that has abolished $584 million in medical debt for 240,000 Americans.

In a nutshell, hospitals and clinics grossly overcharge patients for medical services. Insurance companies grew wise to their rate schemes years ago and put controls in place.

But, the clinics found the ideal workaround to those controls. They do that by ordering one test after another. The doctors claim the tests are “inconclusive” and order more and more before any treatment is considered. Insurance companies can’t really object to the tests because the clinics claim they are all required to determine a course of action.

The situation is made worse when patients have to sign a document before they can get medical services promising to pay for all charges and expenses incurred. They do not get an opportunity to approve those charges in advance.

Patients are basically forced to give doctors and clinics a blank check to do whatever they want to do at whatever price.

Medical facilities know they have people already in dire medical situations in a bind by forcing them to legally agree to pay any and all charges just to see a doctor.

In the real world, it would be called extortion. “You’re starving? I’ll give you food, but first you have to sign this form agreeing to give me 100 percent of your income for 10 years.”

In the medical field, it’s a legal process I refer to as a mediscam.

I had a stroke in 2018 and incurred more than $26,000 in medical bills in less than 24 hours. At the time, I made $36,000 per year. Fortunately, Christian Healthcare Ministries covered all my medical costs.

But, faced with a medical crisis, many people can quickly find themselves way over their heads in grossly expensive medical bills that can run into the hundreds of thousands of dollars.

Here’s how RIP Medical Debt uses the system to scam the scammers.

The hospital or clinic does its best to collect on the debt by making phone calls or sending emails and text messages all day, every day.

If it can’t collect the bill, eventually the hospital gives up. So, it takes Patient X’s total balance, bundles it with a bunch of other noncollectable accounts and sells the bundle to the highest bidder on the open debt market.

It appears that medical debt can be acquired for a penny on the dollar. Typically, that means the hospital could sell Patient X’s unpaid $100,000 bill to a collections agency for $1,000 — and write off $99,000 as either a charitable contribution or as an uncollected debt.

Once the agency acquires the debt, it has every legal right to harass, threaten or sue the patient to collect the bill. You haven’t lived life to the full if you haven’t had at least one conversation with a private bill collector.

The agency makes a profit if it collects anything above the $1,000 it paid to acquire the bill.

However, in this story, instead of a collections agency acquiring the debt, RIP Medical Debt stepped in and bought the bundle of bills.

Then, the non-profit simply forgave the debt.

The beleaguered patient could rebuild his or her life without a mountain of debt creating a cloudy, uncertain future.

Just think of the impact any local church could have by accepting donations and working with RIP Medical Debt to completely eliminate the problem for many seniors, low-income families or others whose “copay” greatly exceeds their insurance plan. 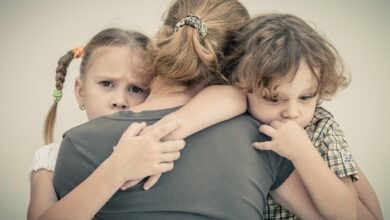 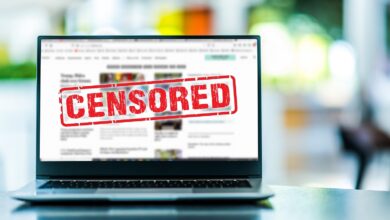