There have been a number of stories this week about people stepping up to serve others this Christmas season in ways that truly impact the lives of others.

I call them Impact Christians.

For example, 8-year-old Landyn Wadsworth only wanted money for Christmas (and a couple other things), in order to donate as much food as possible to the Tri-Cities Animal Shelter in Pasco, Wash.

In 2016, she visited the shelter looking for a pet, only to walk away saddened over the fact most of the animals wouldn’t every have a family.

Since then, through her generosity, Landyn purchased 600 pounds of dog and cat food, as well as blankets and treats for the abandoned or neglected animals.

Putting the needs of others (even animals) ahead of her own wants and desires is a lesson many adults could emulate.

In another example, Detroit Lions quarterback Matthew Stafford and his wife, Kelly, surprised three young boys at home a few days before Christmas. The story can be found on Fox News.

The boys, who all appear to be elementary school age, lost their father earlier this year. Growing up without a dad is tough, and the first Christmas without him can be especially painful.

The Staffords stepped up to impact the boys’ lives by not just by bringing several Christmas gifts for them, but by also investing time playing football (both real and in video games) with the young Lions fans.

It might have cost the Staffords a few hundred dollars for gifts, and a few hours of their time, but they created a memory that will carry the boys through some difficult times ahead. The couple’s actions showed that the boys truly mattered, that they were worthy of the attention, and that God was clearly looking out for them. 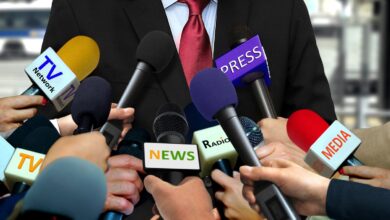