Churches have been closed for months. There have been no worship services, Sunday Schools or adult ministry meetings.

Most churches have cancelled all community outreach events and opportunities for their members to help others in an organized fashion.

Some Christians are content with tuning in Sunday mornings to watch church services online, like they are a Netflix movie. It doesn’t cut it for others who really need two-way interaction with people.

A few small groups have continued to meet in members’ homes. Even when people are socially distanced and wearing masks, these small groups can still be tremendous sources of strength, encouragement and spiritual growth.

In July, California officials even shut the door to those types of religious gatherings, while swinging the doors open far and wide to “social justice” protests. Other states have done the same.

At this time of intense isolation, fear, concern and frustration, officials seem literally hellbent to wipe all types of spirituality from the lives of citizens — for their own safety, of course.

According to LifeNews, in July ALL indoor services were banned in 30 California counties, even IN-HOME Bible studies and fellowship. Governor Gavin Newsom (D) first tried to restrict churches to having no more than 10 people in their buildings at any time, regardless of the building’s size.

In the other counties, worship attendance is limited to 25 percent of building capacity or 100 people, whichever is less. But, singing and chanting is also banned, and this includes in-home Bible studies and fellowship meetings.

It’s hard to even record a video of a church service with less than 10 people. After all, you need a pastor, a few videographers, sound technician, someone to display lyrics and sermon notes, at least a few musicians and some vocalists.

America has faced some difficult challenges in the past, including illnesses that have infected and killed far greater numbers of people than COVID-19. Yet, never once, did we impose bans to restrict churches from meeting, but also to prevent people of faith from gathering in private homes.

The Babylon Bee tried to shine a humorous light on the matter with a story titled, “Founding Fathers strapped down in their graves to prevent further spinning.”

If it wasn’t such a sad reality, that would have been a funny story. 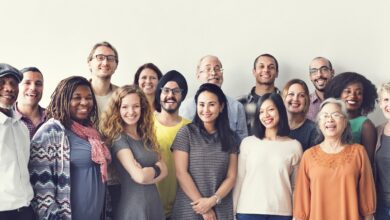