If there is one thing I truly miss because of the COVID panic, it is going to theaters to watch a good movie.

Prior to January 2020, I would probably go to two or three movies a month. I haven’t attended a single one after theaters required masks be worn from the moment someone walked into the building, and required guests to sit in plexiglass pens — for their safety, of course.

However, several upcoming faith-based films have me excited about returning to theaters soon.

Here are a few with their trailers linked in the titles.

RESPECT is the biography of singer-songwriter Aretha Franklin and explores the depth of her serious Christian convictions.

Portrayed by Grammy and Academy Award-winning actress Jennifer Hudson and directed by newbie Liesl Tommy, RESPECT shows how Aretha’s faith was instrumental in her upbringing and remained with her throughout her rocky journey to become the queen of soul, according to The Christian Post.

“I am a child of God, born in the church. It’s so natural,” Hudson said. “I feel like one of our closest connections is our faith — with having that background coming from the church, which I completely understood instantly,” Hudson said of Franklin.

Show Me the Father was created by the legendary writing and directing team of Alex and Stephen Kendrick. They have taken some of the most inspirational stories about fatherhood and put them into a documentary movie that describes the perfect fatherhood of God.

“It’s just going to grab your heart, whip it around a couple of times and stick it right back, but better,” Alex promised.

“Even though fatherlessness is directly connected to so much brokenness in today’s world, we wanted to go beyond traditional documentaries and show how God is the perfect father and can amazingly provide the love and healing to anyone at any stage in life,” Stephen added.

More information can be found at www.showmethefathermovie.com.

Released in 2011 by the Kendrick Brothers, Courageous is one of my all-time favorite films. It follows the lives of four sheriff’s deputies as they assess their fatherhood responsibilities and strive to rededicate their lives to embracing that role.

This year, the movie is being re-released as Courageous Legacy with new scenes and a different ending. Viewers will learn what happens to the original characters 10 years later.

“We’re humbled and gratified that ‘Courageous’ is continuing to make a global impact,” Alex told The Christian Post. “The Lord has been graciously using this film all over the world for a decade and we can’t wait to see how the film is received by a new generation of fathers and their families.”

More information about Courageous Legacy can be found at www.courageousthemovie.com.

Living in Phoenix, I can’t imagine the reaction here to American Underdog: The Kurt Warner Story.

The drama will tell the true story of Kurt Warner, who went from stocking shelves at a supermarket to becoming a Super Bowl-winning MVP for the Los Angeles Rams, wrote The Christian Post. He eventually played six seasons with the Arizona Cardinals.

“Everyone has their challenges and their struggles while trying to chase their dream,” Warner explains in the movie trailer. “My story, I think, encourages people that you can actually get there.”

A devout Christian, Warner had a reputation around Phoenix for being a humble, genuine person deeply committed to his passion as well as his family and, most importantly, to God.

No brokenness that love can’t heal

I have never heard of the book Redeeming Love, although I understand it has sold 3 million copies and been translated into 30 languages.

Yet, later this year, it will become a motion picture and literally change countless lives, producer Cindy Bond told The Christian Post.

“The story centers on Angel, who was sold into prostitution as a child. She has survived through hatred and self-loathing, until she meets Michael Hosea and discovers there is no brokenness that love can’t heal. The story reflects the redemptive power of unconditional and sacrificial love with characters and circumstances relevant to the contemporary world,” the film’s synopsis reads.

The writing is based on the Old Testament book Hosea and, like the novel, the film is set in the backdrop of the California Gold Rush of 1850, the Post reported.

So, mark your calendars to check out these great faith-inspired films this year.

I always love it when Christian films garner so much traffic that even the mainstream media has to take notice. I also think it is our duty to support Christian films if we want to see wholesome alternatives to the trash that typically passes for “entertainment” today. 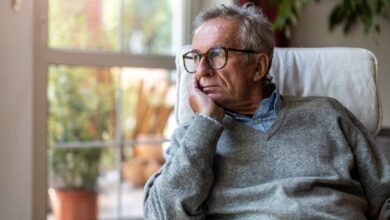