One of the biggest excuses I hear for keeping a television on in a home is the need to stay abreast of current events. Online news, however, is often worse than TV and print news for several reasons.

First, it is constantly updated. You don’t have to wait for the paper or evening news broadcast to get the news. That also means news is sometimes released without proper vetting, and only corrected later.

News junkies can get addicted to online news. Then they spend a lot of time getting a fix, which just makes them sadder, angrier, and more depressed.

The media is profit-motivated to keep you outraged so that you keep coming back for more updates. Don’t fall for that type of mind control.

Here’s the reality. Beyond voting, you likely can’t do a single thing to change the situation. It is out of your control. So, why should you invest one-minute being outraged about something you can’t fix?

I was a news junkie. But, I have found a resource that keeps me abreast of what’s happening without requiring me to delve into the nitty gritty details and endless, biased commentary generated by the mainstream media.

Check out the 1440 Daily Digest and subscribe to the free daily newsletter. Every morning, you can scan headlines and click through to get a paragraph or two of additional information and a link to the original source.

You’ll be able to know what’s happening without having to invest hours wading through the muck of what has become journalism today.

These snarky, mean and often anonymous comments don’t contribute a single thing to any news story. People making comments will belittle others, pass judgement on them, and say things online that they would never tell someone to their face — ever.

Most of the people making these comments are ill-informed or simply commenting on something taken way out of context from the original story.

The comments section is not an online debate with both sides bringing evidence to support their arguments. Online comments are rude, crass, profane, slanderous, and libelous.

Remember, you can’t do one thing about the situation. Plus, with their 24-hour news cycles, the media needs to keep you outraged. They are very much like drug dealers who give you just a taste of what you crave in order to force you to return frequently just to get another fix.

Turn off the news and pick up a book instead.

Thomas Jefferson once said that a person who never reads a book is more educated than someone who only reads the newspaper. That is still true today.

Tags
Restore Joy to Your Life 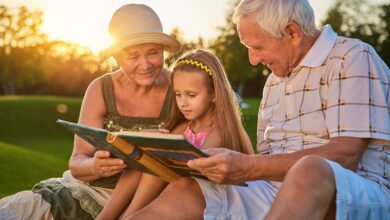 What legacy have you left today?