I’ve noticed this problem at many churches. Small groups are often segregated by age or family status.

Despite having decades of experience raising children, it is rare that you’ll see someone my age, 61, in a group with young parents. You’ll have groups for newly-married couples, those with children in elementary school and younger, and parents with high school-age children commiserating with others in the same boat.

Along those same lines, college students hang out with college students while seasoned citizens are often plugged in with others who are advancing in years. Once your kids are out of college, it seems as though those folks don’t think they have anything to offer newer generations, so they must just go on supporting people their own age.

That begs the question, who is best to advise younger parents about the challenges they’ll face as their kids enter adolescence than someone who has been there, done that, has the T-shirt and souvenir cup? Who is best to advise grandparents about the challenges their grandkids will face than parents already scratching their heads and looking for ideas.

As a result, it’s often parents in the thick of battle trying to figure it out with other parents scrambling to consume and share resources to become better Christian parents.

Consequently, it is impossible for young parents to learn from the mistakes and failures of experienced parents, and from all age groups to learn from and support one another, as the Bible commands in Hebrews 10:24-25:

“And let us consider how we may spur one another on toward love and good deeds. Let us not give up meeting together, as some are in the habit of doing, but let us encourage one another—and all the more as you see the Day approaching.”

Forty percent of the students said that guidance from a more mature Christian in their life (mentor, pastor, chaplain, campus minister) has been one of the most helpful components of cultivating Christian faith while in college. More than one in four (25.95 percent) said the same about church participation, the Gospel Coalition reported.

In fact, most students also desired discipleship resources that could be provided by older believers.

Areas where students feel they need the most resources include:

In writing the story for the Gospel Coalition, Joe Carter asks a great question: How many close friends do you have that are 30 years older or younger than you?

I think it is stunning that one in five Christians admit to having made a close friend at their church.

It’s geezers like me who also need to step up their effort to form friendships with younger people, Carter said.

“Elderly Christians in particular need to make an extra effort to connect with younger people. Nearly one-third (31 percent) of Americans over the age of 65 say it has been at least five years since they developed a new friendship,” he noted.

Okay, I’m guilty of that, too.

“Our generational prejudices can cause us to be dismissive of those who are younger or older than us. To cultivate intergenerational friendships, we often need to be gracious and less critical, especially about cultural issues,” Carter wrote.

Agreed. Let’s all make a concerted effort to connect with those who are younger and older than ourselves. Not only would that instill a sense of purpose for older folks, the associations may help younger people avoid the same mistakes that derailed our own lives.

The full story is available at the Gospel Coalition. 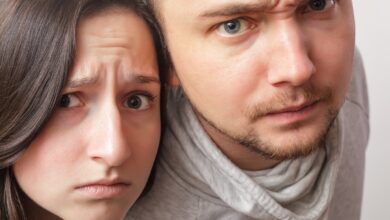 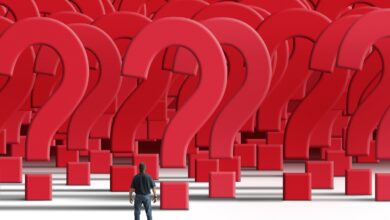 10 questions to assess your spiritual health