As America cascades toward all-out civil war, I’ll advocate that a truce be made before the situation gets way out of hand.

Civil War I remains the bloodiest war ever fought in the United States where 3 percent of the nation’s population suffered injuries or died. More than 620,000 people were killed in that four-year war. Nearly 900,000 were injured or suffered some type of disease.

With advancements in weaponry, Civil War II promises to deliver even more casualties and destruction of public and private property.

Officials estimate that war between the states cost American taxpayers $5.2 billion in 1865 dollars. Since then, inflation increased by 1,482% meaning that a similar expenditure by today’s dollars would cost $7.7 trillion — or almost $25,000 per person.

So, let’s not go that route and adopt a truce before the first shot is even fired.

After all, a truce would eventually be declared anyway, so let’s just cut through the noise to resolve this escalating conflict now.

Let’s face it, we live in anything but the United States. We have been polarized nearly 50-50 for decades and it does not appear that anything will ever be able to unite us as a common people ever again.

Following Civil War II, America would likely be divided along ideological lines anyway. So, let’s just do it now.

I propose we conduct a national, in-person election on the same day where paper ballots are cast, electronically counted to speed accurate results, and securely stored for the likely recounts. No mail-in shenanigans would be allowed to “harvest” enough ballots for weeks after Election Day until the will of the people is overturned.

Very rare exceptions could be granted for people who are too disabled or too sick to make it to the polls on Election Saturday. No exemptions would be made for being away from home or for convenience sake. The election is too important.

Every citizen would have an opportunity to vote on whether to remain in traditional America or secede to a new country. For simplicity’s sake, let’s refer to the new country as Utopia.

But, rather than states seceding, the decision would be made at the county level. That way one or two major metropolitan areas would not be able to hold an entire state hostage.

There are 3,141 counties or equivalents, like parishes, in the 50 states. The decision would be made by 50.001 percent of the citizens in that county to join either America or Utopia.

Each country would decide on a new constitution to govern its affairs on key issues. For example: I think you get the point. However, because the United States is so divided, it may be necessary to chop up the country into more than two political systems.

The new boundaries would be enforced with controlled access points and passports allowing limited-term entrance according to whatever rules are set up.

The new country boundaries would go into effect 500 days after the election to give people and businesses an opportunity to relocate to the country of their choice, should a citizen decide it would be intolerable to live under the rules and laws of whatever country they’d wind up in.

Although people would likely incur their own expense to move to the country of their choice, perhaps government and charitable subsidies could help offset those costs.

Homes and offices would need to be sold, bought or built. It would be tremendously expensive and highly inconvenient for a lot of people.

Yet, it would still be cheaper to offer government subsidies to facilitate the moves than it would be for government to pay for instruments of war, engage in a physical battle, come to a truce and STILL do all the above anyway.

The 500 days would give each nation an opportunity to develop its own currency, codify its own laws, elect new leaders, create official documents, and secure its borders.

Perhaps if people were so busy united behind work to complete the separations, they wouldn’t have time to focus on protests, riots and other forms of of destructive behavior. After all, in less than a year, whatever issues are causing such anxiety will likely be resolved by simply living in the country most aligned to their personal preferences.

The goal would be to create separate autonomous areas whenever possible to allow residents of that country to move freely within the new boundaries. There should be no need to have isolated “islands” much like West Berlin was when completely surrounded by East Germany.

It would be too easy for those islands to be cut off from essential supplies and held hostage by the ideological forces of the opposing country.

Most people are familiar with the red and blue maps showing how counties voted in the 2016 presidential election. By looking at the most recent map, it is possible to visualize how the divided countries could be determined.

However, to create autonomous areas of free movement within borders, some counties may have to be flipped against the will of voters. In those cases, the impacted citizens would be compensated to move within the boundaries of the country they chose.

People who were upset with the election results, could pack up and move to the other country at their own expense.

Once the nations are divided, and new laws are established, no changes to the respective constitutions would be allowed for several years. Nor would citizens be able to “change their minds” and move freely to the other country without going through immigration channels, if applicable.

Work would need to be done to divide publicly-owned property to ensure equitable distribution of resources paid for out of public funds.

Yes, there would be a period of mass confusion until the dust settled. But, it would still be far less messy than a war killing millions of people and causing trillions of dollars in damage. 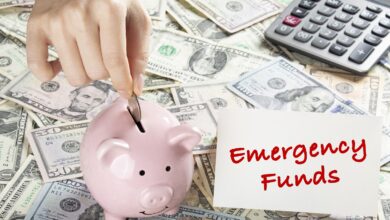 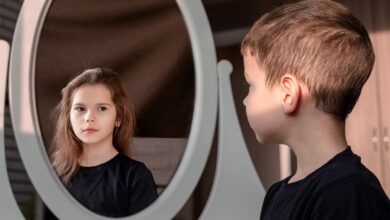