As a professional writer for decades, I understand words mean things. Language is essential to a thriving culture. Words convey information, opinions and ideas so they can be properly interpreted by others within that culture.

So, when major dictionaries edited by people with their fingers sticking in the breeze of rapidly-changing public opinion, alter the meaning of words, it’s important.

Words do change. It’s an entirely different meaning to have the “gay singers” performing at a high school concert today than it did when student groups by that name would perform in the 1950s and 1960s. The popular Christmas song “Deck the Halls” includes a stanza recalling people who donned their gay apparel. To classify any type of clothing as being “gay” today would invite a 30-day ban on social media.

Look how the definition of “woman” has come under assault in the past three years. When a supreme court justice cannot define that word because she is “not a biologist,” you know society has lost its collective mind. There is a dark force at work seeking to prevent even civil discourse among people by confusing the definition of very common words.

When those forces declare words to be offensive, such as “mother,” father” or “parent,” and people dare not utter them for fear of “offending” someone, “they” have already offended the bulk of civilized society. It’s astonishing how many churches today refuse to acknowledge Mother’s Day or Father’s Day for fear of upsetting people who grew up without one or the other, can’t have children themselves, or who were abused by a parent in their youth.

Pastor Tim Challies, who is a prolific blogger himself, tackled the issue of changing dictionary definitions today.

“There is something morbidly fascinating about watching dictionaries slowly but surely change their definitions of common words,” he wrote.

I don’t know if fascinating would be a word I’d use. Putrid, perhaps, or even retching would be more appropriate.

All this nonsense is designed to throw the entire world, and especially the United States, into a confusing disarray where people living in the same country can’t even communicate with each other.

As Tim noted, rapidly changing definitions “affirms and reaffirms that as Christians there is no earthly institution that we can fully rely on, for all of them are influenced by “the prince of the power of the air, the spirit that is now at work in the sons of disobedience” (Ephesians 2:2).

“Even dictionaries will be turned against the Lord, against his people, and against his truth. Even they will make him an enemy,” Tim added.

I don’t intend to play that game. I’ll stick with my ancient softcover dictionary from the 1980s. In fact, I may head over to a used bookstore to pick up a hardcover copy before dictionaries themselves are considered “offensive” and banned for their content.

“When even the best and greatest dictionaries have become defunct and crumbled into dust, the Word of God will remain fixed and constant, inerrant and infallible, as trustworthy then as it is right now and has always been.” 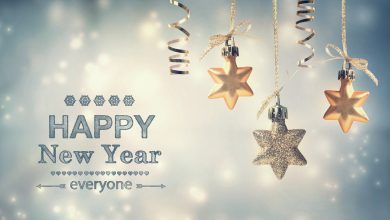