I can’t remember for sure when I started this tradition, but I have not missed a year in the past 25 years.

Every Independence Day, I take time to read the Declaration of Independence as written by our founding fathers. It reminds me not only why our nation sought independence, but why we need to preserve it.

It was 245 years ago on July 4, 1776, when 56 incredibly brave men mutually pledged to each other “our lives, fortunes and sacred honor” to announce they were breaking away from the most powerful nation in the world to form a new country.

This new government recognized that all men were created equal and endowed by God with unalienable rights of life, liberty and pursuit of happiness. Unalienable means those rights cannot be taken away, nor should people be compelled to freely give them up.

The right to be happy

I always find it interesting that our founders guaranteed us the right to pursue happiness, but not the right to happiness in and of itself.

Today, our culture is focused almost singularly on the right to be happy. If somebody says something that disagrees with someone else’s current thinking, people now feel compelled to silence the offender, if not punish that person for daring to express a opinion.

Our universities set aside “safe spaces” where college-age adults never have to worry about encountering a thought contrary to what they already believe. I still don’t know how people mature into adulthood without having many of their childish opinion’s and thinking challenged.

If nobody ever urged me to reconsider my thinking, I’d still believe girls gave boys cooties, the media was fair and balanced, and God did not exist.

Our founders were seeking independence from a tyrannical government where an unelected king dictated the law of the land and, worse, as head of the Church of England, controlled how people of faith were allowed to worship.

I encourage everyone to read the entire 1,320-word Declaration of Independence for which our founders desired to “assume among the powers of the earth, the separate and equal station to which the laws of nature and of nature’s God entitle them.”

I also encourage you to print off a copy before the document is declared “unconstitutional” and banned for its references to God.

Things we have forgotten

There are still a number of phrases in the declaration that are worth noting, if only to remind us why we separated from England in the first place.

In outlining their rationale for breaking away, our founders declared that a “decent respect to the opinions of mankind requires that they should declare the causes which impel them to the separation.” Some of those reasons still ring true today or serve to shine a light on things happening in America.

First, governments derive their just powers from consent of the governed. With government invading every aspect of life in America, it is hard to believe that we have consented to giving up our hard-fought and once cherished fundamental rights.

“It is the right of the people to alter or to abolish (any form of government) and to institute new government, laying its foundation on such principles and organizing its powers in such form, as to them shall seem most likely to affect their safety and happiness.”

With the current state of elections today, where non-citizens can freely vote and it is against to law to ask people to prove their identities before casting a ballot, Americans can no longer alter their own government. That’s especially true with the entrenched power of incumbent politicians who often run unopposed within their political parties and, once elected, have no limits on how long they can hold the reigns of power.

Americans can’t even enter the grounds of the U.S. capitol after an unarmed group of protestors staged an “insurrection” in January. The right to assemble in Washington, D.C., has been severely curtailed.

It is funny our founders noted “that mankind are more disposed to suffer, while evils are sufferable, than to right themselves by abolishing the forms to which they are accustomed.”

In other words, Americans are certainly patient as they wait for approval from government to bring about needed government reforms!

When a long train of abuses…

Perhaps the most significant clause in the Declaration of Independence can be found in these words:

“But when a long train of abuses and usurpations, pursuing invariably the same object evinces a design to reduce them under absolute despotism, it is their right, it is their duty, to throw off such government, and to provide new guards for their future security.”

According to Webster’s Dictionary, despotism means an “oppressive absolute power and authority exerted by government.”

We just witnessed nearly 18 months of that type of behavior because of an illness with a 99.6% full recovery rate.

To date, no court of law has heard evidence of thousands of examples of election shenanigans taking place in 2020. To the best of my knowledge, every legal challenge was tossed out on procedural grounds or because petitioners “lacked standing.”

If Americans cannot have faith in the election processes, there is no point in bothering to conduct an election.

I wonder what the men who signed the declaration would think about Americans today who deny the laws of nature to claim that people can reject their “sex assigned at birth” and declare themselves to be something entirely different – and demand that everyone else honor that decision.

America was not without its own trials and tribulations. Despite declaring all people to be free and equal, that did not apply to blacks brought to America against their will and forced to work for no pay and no rights. Nor did it apply to women and their ability to participate in deciding the laws under which their families would live.

But, we followed an established process to bring about needed changes, unless you consider the judicial edicts passed down over the past 50 years through 5-4 rulings by unelected people wearing black robes.

Just for kicks, read the Declaration Independence by paying special attention to the list of items cited as justification for seeking separation. I suspect you will recognize more than several of those facts are true again today.

Still the best country on earth

You can’t read a news story or tune into a news broadcast without hearing someone complaining about America’s racist and sexist past and how we must atone for those mistakes today – years after correcting the problems.

The simple truth many seem to ignore is there is no other country on earth where people have more freedom to control their own destinies than they do in the United States of America. The poorest people in this nation live better than the middle class in most other countries.

With the exception of the scourge of abortion, which grants mothers sole authority to end the life of a child without the consent of the child’s father or the approval of anyone else, every other group in America enjoys more freedom today than they did in 1776.

We have free access to libraries full of books and an internet full of knowledge about every subject imaginable. Yet, some countries don’t allow their citizens to read about, study or even discuss some topics.

We can walk into any church and worship God in whatever way we want. People are not compelled, under threat of flogging or death, to stop all activity, bow before and worship a god whom they may not believe.

Women are allowed to dress just about any way they want to in America and even wear almost nothing at all without fear of being beaten or jailed.

People can protest against almost any issue facing society today, although that freedom is quickly being eroded upon the altar of political correctness.

Parents who disagree with what their children are being taught in public schools, have the right to withdraw those children and instruct them at home or at another institution of their choice.

There are few other countries where anyone of any age, sex or race can start a business at little cost to provide products or services to other people and grow that business to create better lives for themselves and their families.

Despite the fact our election process does not inspire confidence or trust, we still have the ability to vote for whomever we want without fear of retribution.

If America is truly a horribly racist and sexist nation where nobody can succeed without help from the government, then why are millions of people literally flocking to our borders every year for a chance at a better life?

Those pilgrims must not have access to American media in the socialist countries from which they’re fleeing persecution, arrest, hunger and despair.

America is not perfect. But, I would rather live here than in any other country.

So, thank you, you 56 brave men who took a stand and opened the door to what would become the greatest experiment ever conducted: the freedom to control your destiny within the confines of a common moral code.

Before you fire up the barbecue, take time to reflect on the sacrifices made by millions of men and women in the past which enable you to enjoy your life in America today. 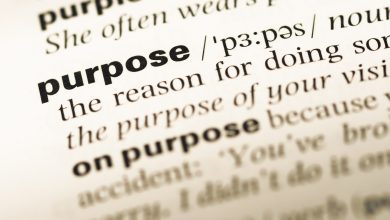